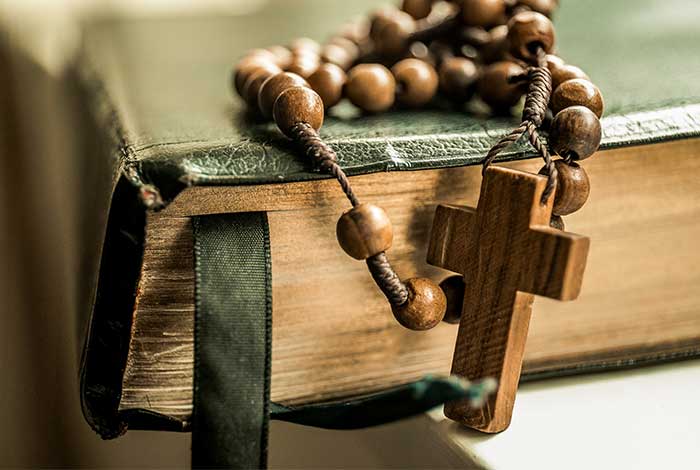 Devotion to Our Lady and the Rosary is not a fallacy. It is also not a medium to seek our short-term selfish goals. It enables us to imitate the virtues of the Mother of God. For this reason, the teachings of the Second Vatican Council emphasize on this subject. “Joined to Christ the Head and in the unity of fellowship with all His saints, the faithful must in the first place reverence the memory “of the glorious ever Virgin Mary, Mother of our God and Lord Jesus Christ” (LG 52).

St Bernard of Clairvaux gave us the ideology of “To Christ Through Mary”. True devotion to Mary inspires us to keep the commandments of Jesus. “Mary guides the faithful to the Eucharist. The piety of the Christian people has always very rightly sensed a profound link between devotion to the Blessed Virgin and worship of the Eucharist.” (Redemptoris Mater 44).

The Essence of Marian Devotion

Another important reason for the Marian Devotion; Mary was conceived free from the stain of Original Sin. As a result, she was assumed body and soul into heavenly glory and was exalted above all angels and saints. For this reason, she became worthy of special veneration. The Catholic Church does not worship Mary; worship is reserved for God alone. It is veneration that is given to Mary. “This cult, as it always existed, although it is altogether singular, differs essentially from the cult of adoration which is offered to the Incarnate Word, as well to the Father and the Holy Spirit, and it is most favorable to it.” (LG 66)

The Mother of the Church

The Blessed Virgin is the mother of the Church. When Jesus, from the Cross, entrusted Mary to John, he was giving Mary as the “Mother” to all His Church. As the representative of the Church, John accepted her. This incident set the stage for a revelation.

When Jesus addressed his mother and his beloved disciple at the end of his earthly life, the crucified Messiah was establishing a new bond of love between Mary and all Christians. As per the exegesis of the Church Fathers and the biblical scholars, this is seen as a particularly important divine event in explaining Mary’s role in the plan of Salvation. Through the Scriptures stated above, Jesus entrusted Mary with a new mission and established a special bond of love between her and all his disciples. Consequently, Mary became most worthy of love for us also, as disciples of Christ. The early Christians considered her as their own mother and respected her. Mary, the witness to the Mysteries of Christ, is always the Mother of the Church. “Mary became “a mother to us in the order of grace.”  (Redemptoris Mater 22).

Rosary Devotion is a globally accepted truth. There are different views among scholars about its origin with some supporting St. Dominic and others Bl. Alan de la Roche for starting the devotion. Either way, the Rosary we have today was not formed in a day. It was gradually formed over time by the efforts of many individuals. As a result of the continued efforts of many saints and popes, the devotion grew rapidly, defying human expectations. On many occasions, the Church has granted plenary indulgences to those who recited the rosary. In 1938, when Pope Pius XI granted a plenary indulgence to those who recited the Rosary in the presence of the Holy Eucharist, the outlook of the faithful towards the Rosary changed.

In 1573, Pope Gregory XIII permitted churches with a rosary altar to celebrate a feast of the Holy Rosary. In 1716, Pope Clement XI extended the feast of the Rosary to the Universal Church.

In the words of Pope St. John Paul II, “To pray the Rosary is to take a spiritual journey, along with Mary, in contemplation of the face of Christ or to contemplate Christ with Mary in the Rosary.”

The Rosary begins with the profession of the fundamental beliefs of the Christian Faith (Apostles Creed), followed by the prayers in remembrance of our heavenly Father (Our Father), the Angelic Salutation and the words spoken by God through the mouth of St. Elizabeth. With the Trinitarian doxology (Glory Be) at the end of each mystery, it becomes a complete prayer. The prayer “O my Jesus, forgive us our sins, save us from the fires of hell, and lead all souls to Heaven, especially those in most need of Your Mercy.” was given by Our Blessed Mother at her third Fatima apparition in 1917.

Rosary makes a person God-oriented. None who prayed the rosary was ever heard to have perished. Through this prayer, many have repented and embraced Jesus and the Church. “Through the Rosary the faithful receive abundant grace, as though from the very hands of the Mother of the Redeemer.” (Rosarium Virginis Mariae)

Nevertheless, Catholics have experienced the power of Mary’s intercession in the Presence of God and her concern for even the smallest problem faced by man.

The churches built in her name by the faithful around the world are a testament to the prominence given to Mary by the Church. Also, the enthusiasm we show at baptism in bearing her name highlights her importance. Therefore, Marian devotion is not a smoldering wick but a blazing fire. 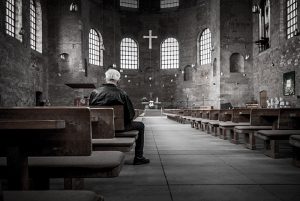 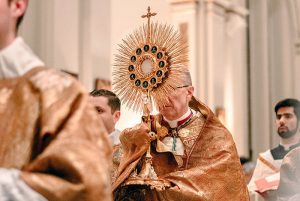 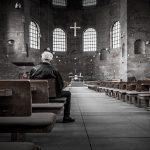 During the reign of Augustus Caesar, a worldwide... 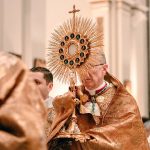 The life of a Christian should revolve around the... 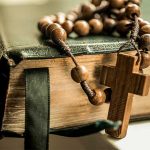 Devotion to Our Lady and the Rosary is not a... 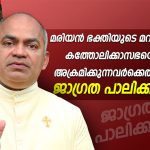 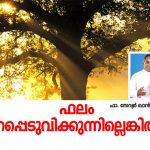 If The Result Does Not Come Out 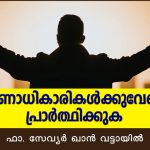 Pray for the Rulers 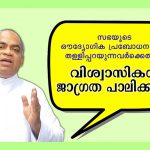